Finally, Jesus was left alone with the woman still standing there in front of him. So he stood back up and said to her, “Dear woman, where are your accusers? Is there no one here to condemn you?”

Looking around, she replied, “I see no one, Lord.”

“Then I certainly don’t condemn you either. Go, and from now on, be free from a life of sin.” 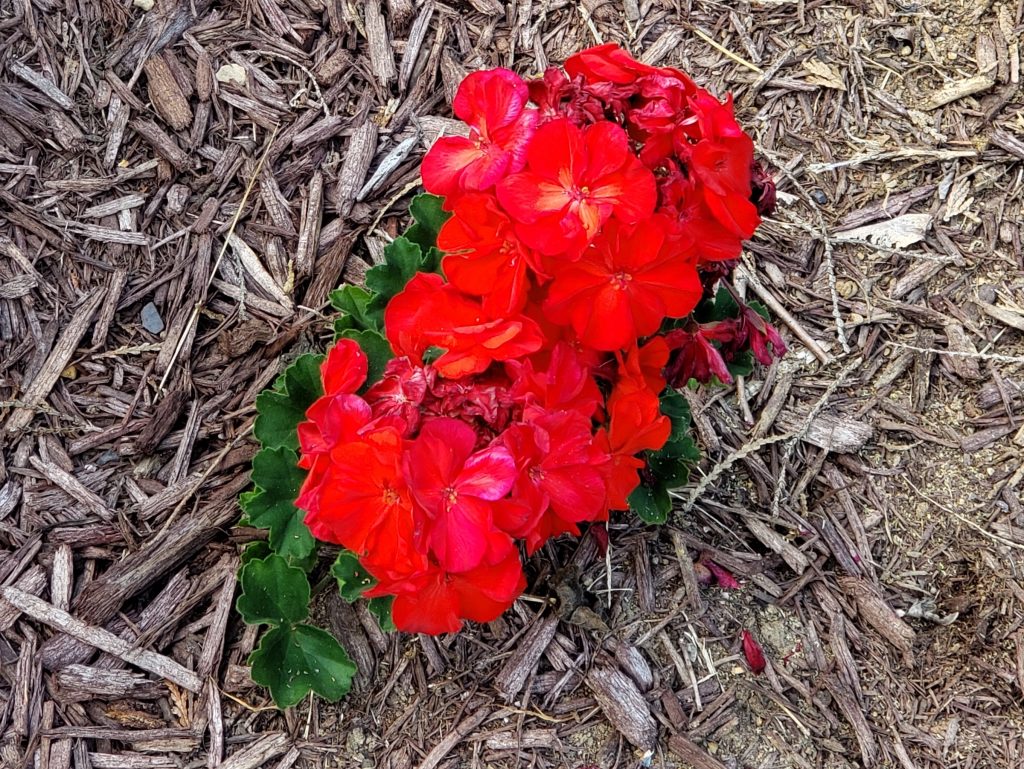 The woman caught in adultery was done for…

The religious scholars and legal experts of the day had condemned her to death by stoning.  Before they followed through with her punishment, they brought her to Jesus to see if he would concur.

This is a pretty familiar story and you probably remember that Jesus counseled them that whoever among them was without sin could throw the first rock.  No one was and no one could.  One by one they all left in silence.

She was given a reprieve and Jesus gave her a second chance.

Some people believe this pardoned woman was Mary Magdalene, the unofficial female disciple whose commitment and generosity were crucial to the ministry of Christ. Let’s go with that. Consider what she was and who she became, all because she was given another chance at living.

At the end of the school year, an elementary student in her building gave our daughter, Yajairia, a geranium in a Dixie cup. She put it outside and watered it but with the shallow soil, the plant simply could not thrive.  And so Yajaira put the wilting flower in the trash.

I saw it there and retrieved it.  I dug a hole near our pond, put in some rich potting soil and planted the geranium, giving it another chance.  Even though the blooms in the picture have peaked, you can see that the plant is thriving and we have enjoyed it all summer long.

Just like Jesus gave the woman and I gave a geranium a second chance at life, you too are given a second chance. What you were isn’t important to Jesus; who you can become – your potential – is what he sees and what he celebrates. Thank him for that second chance before you go to bed this evening.

There is life-giving power in the second chance. And that gives me one more thought on the subject.  I’m wondering… Is there someone in my life/your life who needs a second chance? Who has messed up — who has disappointed you, failed you, even hurt you that needs your reprieval and a chance to have a life again? Make that call. Write that letter. Open that hand of forgiveness.  Set someone free and let someone bloom again.

*Click here to read the remainder of the newsletter